Well we didn’t think we could top the success of October’s Soup, but it happened.  Sutton Soup 8, held on 25th January, resulted a monster pot of £970!  This was due partly again to the generosity of the local ‘PBM’ quiz team, who donated winnings of £55.  What generous chaps…

Our pitches for Soup 8 were:

The vote was very close by all accounts, but the Family Learning Hub just swung it in the end, taking away that amazing £970.  Emily will of course be back at Sutton Soup 9 to give us an update on how the Hub is progressing.

It was great to see Andy from Wallington Little League who came back to tell us that they had bought kits for two teams with the £798 they won in October.  Also, that eight children who could not afford to join the league have now been included thanks to Soup funds…wonderful!

​Extra special mention to our sponsors for Soup 8 – Maze Accountants, Volks Autos and Cheam Financial Planning – as it was thanks to their generous donations that we were able to further boost the money for the winner and put £100 of ‘sponsorship’ money into the pot before we started.  We use the sponsors to cover our running costs, but on this occasion we had more than we needed and were thrilled to have some extra money to donate.

Thank you so much!!!

Huge thanks to everyone who made it to Soup 8 and helped us to raise so much money.  See you in April.
​

And thank you too to our newest sponsor, Sainsbury’s, who provided all the ingredients for the soup and bread, and also donated refreshments from their new Sutton store.  As it was Burns Night, the soup, cooked by our very own Heather, was ‘Neeps & Tatties’ and it was very popular!  There were a lot of requests for the recipe and we will make sure that we have some print outs for you to take home if you wish at Soup 9.
​ 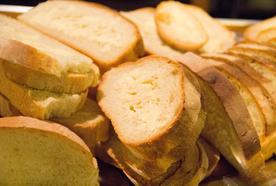